language can be a slippery subject. The precise meaning of words can slip and slide rather than remain fixed. Consider a sign that reads ‘Pets must be carried on the escalator’ – it seems clear enough that if you have a pet you should pick it up before using the escalator. But for those with non-native English, they may intepret it literally as you HAVE to carry a pet to use the elevator.

If the slippery nature of meaning is a problem in the use of just one language, the issues are multiplied for professional translators or those translating while pursuing language studies abroad or learning a new language at home. When working across several languages, maintaining the meaning of slippery words can become a veritable ice rink. Here are some areas that can easily get lost in translation: 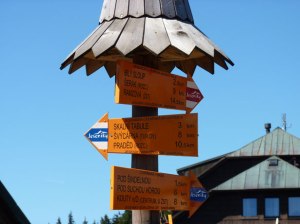 Automatic translators, such as Google Translate, will often struggle with idiomatic phrases. Generally speaking, idioms are expressions that cannot be completely understood from the meanings of their individual components.

Phrases such as ‘a heavy smoker’ require not just knowledge of the individual words but an understanding and appreciation of how the language is actually used in everyday speech. The phrase refers to someone who smokes a lot rather than an overweight nicotine addict. During a recent German course in Freiburg a student encountered a similar problem translating the idiomatic German phrase ‘ein blaues auge’, referring to someone who was ‘blue-eyed’ rather than someone with a ‘black eye’ from being hit.

While some idiomatic expressions carry over very well from one language to another, others simply do not. ‘He’s getting on my nerves’ and ‘Er geht mir auf die Nerven’ are almost identical. But more often, the German and the English versions are nothing alike: ‘He had the nerve to say that’ and ‘Er hatte die Stirn, das zu sagen’ (which literally translates as ‘he had the forehead … ‘) can cause issues, but the cunning translator may substitute another body part for an English equivalent: ‘He had the cheek to say that.’

Acronyms are often a headache for translators. Do you keep the original acronym or do you create a new one from your translation of the organisation’s name? From one point of view, it depends on how well known the organisation is. For example, the WTO’s acronym in French (OMC) is as well known as the English one. However, it is a different matter for lesser-known bodies. If you translate the name of an organisation, it would make sense to also translate the acronym. But then you run the risk of making the organisation completely unrecognisable. One safe way to deal with this issue is to leave the original name and acronym – ‘Summer Camp Switzerland’ and SSC, for example – but include a translation of the name in brackets when it first appears.

There are many other potential problem areas for translators, including: the proper names of people, organisations and places; the use of slang; and handling punctuation conventions. While the solution you come up with is one of personal choice, you should look carefully at how others have handled the issues and choose what appears to be the most elegant and effective solution. It is also important to be consistent – choose a way to treat something and stick with it throughout. Hopefully your meaning will not get too lost in translation.